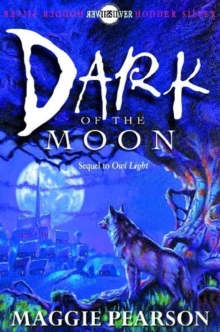 Dark of the moon

Dark of the moon

The Brillian sequel to Owl Light. Miss Letty is dead and the village church is threatened with closure...it feels to Hal as though everything's changing all at once.

His friends the Stittles are determined to save the church, but so far their brightest idea has been a petition.

So when Miss Letty's ghost starts appearing before Hal, he thinks she might be trying to tell him something...And then, suddenly, shockingly, Hal finds himself thrown back through time to the seventeenth century.

It is the time of the Reformation and the church's ornamentation is regarded as sacrilegious.

Hal knows that his purpose is to discover clues which might save the church, but it's not until he is given a code by an eccentric aristocrat that he can return to the future.

It takes some pretty quick-thinking, but before too long, the church is rescued and Hal is a hero...