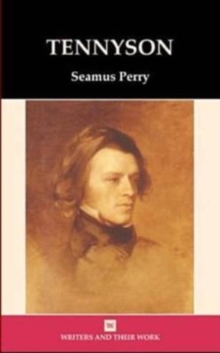 W.H. Auden said of Tennyson that 'he had the finest ear, perhaps, of any English poet'.

Many readers have relished his opulent word-music, but less simply admiring critics have sometimes regarded that marvellous verbal gift with something like suspicion - as though it were merely a matter of beautifully empty words, or worse, a distracting screen under which to pass off disreputable Victorian values.

In this close, attentive study, Seamus Perry returns to the extraordinary language of Tennyson's verse, and finds in the intricacies of his greatest poetry, not an evasion of responsibilities, but rather the memorably intricate expression of hesitancies and honest doubts - including doubts, not least, about the claims and responsibilities of his own art.

Covering the range of the long career, Perry describes the rich life of Tennyson's lyrical imagination, exploring in turn its complex and paradoxical fascinations with recurrence, progress, narrative, and loss.