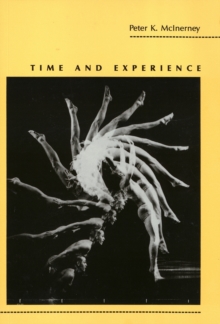 This book is the only contemporary, systematic study of the relationship of time and conscious experience.

Insight is drawn from the views of major phenomenological and existential thinkers on these issues.

Building on a detailed explication and critique of the views of Kant, Husserl, Heidegger, and Sartre, Mclnerney develops and defends his own positions.

He argues that a revised version of Husserl's three-feature theory of time-consciousness provides the best explanation of our awareness of temporal features, but that an independently real time is necessary to explain our experience of temporal passage.

He also shows that human existence has some special temporal features in addition to those it shares with other entities.;Time-consciousness, the conscious exercise of powers, and personal identity through time require that any temporal part of human existence be defined by and "reach across" to earlier and later parts.

Peter K. McInerney is Professor of Philosophy at Oberlin College.