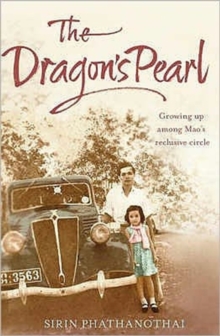 The dragon's pearl : growing up among Mao's reclusive circle

Sirin Phathanothai was born into one of Thailand's most privileged and politically prominent families.

But, at the age of 8, her life changed dramatically.

She and her brother were sent to be brought up in Beijing under the direct auspices of Premier Zhou Enlai as he wards.

She went swimming with Mao, was privy to major political and historical events and lived through Mao's economic Great Leap Forward.

Then, during the Cultural Revolution, her world was torn asunder.

Her brother was expelled from China and she was saved only by joining the People's Liberation Army deep in the countryside.

But, unlike many of her friends, she survived - and went on to play a pivotal role in China's opening to the West.

Sometimes harrowing, and always highly illuminating, Sirin Phathanothai's story is a unique historical document as well as a startling testament to the human spirit.