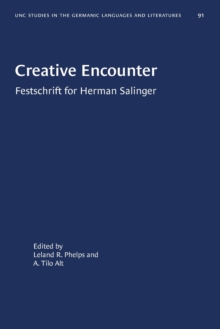 A collection of thirteen essays by comparatists and Germanists published in celebration of the scholar and poet Herman Salinger.

The essays range from Greek antiquity to the twentieth century--from the Sophoclean Electra to Rilke.