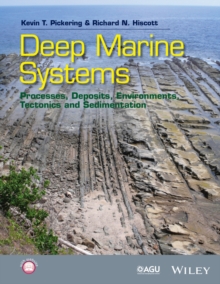 Part of the Wiley Works series

Deep-water (below wave base) processes, although generally hidden from view, shape the sedimentary record of more than 65% of the Earth s surface, including large parts of ancient mountain belts.

This book aims to inform advanced-level undergraduate and postgraduate students, and professional Earth scientists with interests in physical oceanography and hydrocarbon exploration and production, about many of the important physical aspects of deep-water (mainly deep-marine) systems.

The authors consider transport and deposition in the deep sea, trace-fossil assemblages, and facies stacking patterns as an archive of the underlying controls on deposit architecture (e.g., seismicity, climate change, autocyclicity).