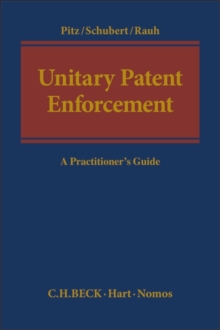 A central component of this is the establishment of a unified patent court (EPC), which has a court of first instance and an appeal court.

The court has exclusive jurisdiction for infringement and revocation proceedings.

This is intended to eliminate the previous problems of patent law enforcement, such as high costs, the risk of divergent decisions and lack of legal certainty.

In this book the authors explain the course of proceedings before the EPC both with regard to the fundamental features of the EU patent, in particular its scope of protection, as well as the procedural enforcement of the EU patent.