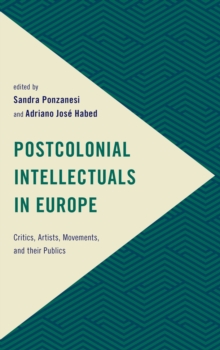 Postcolonial intellectuals in Europe : critics, artists, movements, and their publics

Part of the Frontiers of the Political: Doing International Politics series

Diasporic, migrant, and/or non-white intellectuals have always played an important role in European societies, at least since the figure of the public intellectual emerged at the beginning of the nineteenth century; yet, they have often remained unsung.

This volume reengages with influential figures through a postcolonial lens.

It does so, not only by offering portraits of 'traditional' intellectuals such as cultivated academics and philosophers, but also by bringing to the fore artists, writers and activists, as well as social movements and new forms of mobilization, who/that belong (and contribute) to the intellectual scene.

The book, explores figures of postcolonial intellectuals in Europe and, in doing so, questions the very definition of 'public intellectual', on the one hand, and the meaning of such a thing as 'Europe', on the other.