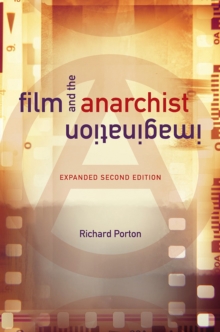 Hailed since its initial release, Film and the Anarchist Imagination offers the authoritative account of films featuring anarchist characters and motifs.

Richard Porton delves into the many ways filmmakers have portrayed anarchism's long traditions of labor agitation and revolutionary struggle.

While acknowledging cinema's predilection for ludicrous anarchist stereotypes, he focuses on films that, wittingly or otherwise, reflect or even promote workplace resistance, anarchist pedagogy, self-emancipation, and anti-statist insurrection.

Porton ranges from the silent era to the classics Zero de Conduite and Love and Anarchy to contemporary films like The Nothing Factory while engaging the works of Jean Vigo, Jean-Luc Godard, Lina Wertmuller, Yvonne Rainer, Ken Loach, and others.

For this updated second edition, Porton reflects on several new topics, including the negative portrayals of anarchism over the past twenty years and the contemporary embrace of post-anarchism.