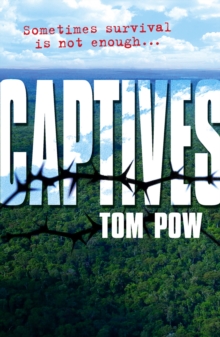 Even in his wildest nightmares, Martin could never have predicted what would happen when his family sign up for two day's trekking in the National Park during their holiday on the beautiful island of Santa Clara.

They've barely set off when their car is waylaid and Martin, his parents and another family are stopped at gunpoint and bundled into a lorry that heads for the dense forest.

The captives are pushed to their physical and emotional limits as they are forced further into the wild terrain, away from any possible rescue.

But during their ordeal, the hostages come to understand something of the harsh political backdrop to life on Santa Clara, and the events that have shaped the lives of their captors and fuelled their actions.

Martin discovers deep feelings for Louise, the other teenager caught up in the nightmare, only to have to watch her growing love for Eduardo, the youngest hostage-taker. CAPTIVES is a wonderfully-written, deeply-engaging story about ten people thrown together under extraordinary circumstances and with devastating consequences - a story that will resonate with the reader long afterwards.