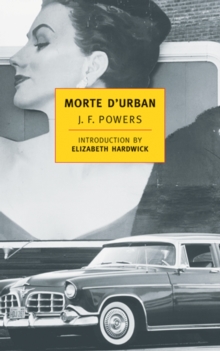 Part of the NYRB classics series

Winner of The 1963 National Book Award for Fiction.

The hero of J.F. Powers's comic masterpiece is Father Urban, a man of the cloth who is also a man of the world.

Charming, with an expansive vision of the spiritual life and a high tolerance for moral ambiguity, Urban enjoys a national reputation as a speaker on the religious circuit and has big plans for the future.

But then the provincial head of his dowdy religious order banishes him to a retreat house in the Minnesota hinterlands.

Yet even as he triumphs his tribulations mount, and in the end his greatest success proves a setback from which he cannot recover.

First published in 1962, Morte D'Urban has been praised by writers as various as Gore Vidal, William Gass, Mary Gordon, and Philip Roth.

This beautifully observed, often hilarious tale of a most unlikely Knight of Faith is among the finest achievements of an author whose singular vision assures him a permanent place in American literature.