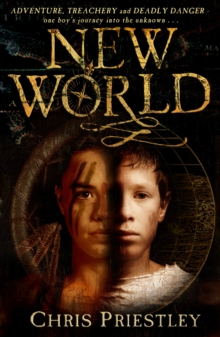 The year is 1584 and fourteen-year-old Kit is living by his wits as a thief on the streets of Elizabethan London - a far-cry from his early childhood, when he lived a privileged life with his rich Catholic parents, who died when he was very small.

The memory of his parents haunts Kit: his father was executed for plotting to kill the Queen but went to his death proclaiming his innocence.

When Kit meets John White, a mapmaker and associate of Walter Raleigh, on the streets and White offers him a place in his household, Kit accepts. Soon Kit finds himself with White on board The Tiger, bound for the New World as part of a voyage to found a new colony in Virginia.

After surviving the many weeks at sea, a great storm and contact with the Spanish along the American coast, The Tiger finally reaches Virginia and the settlers establish a colony at Roanoake.

Life in the colony is hard, the relationship with the Indian tribes made precarious by the aggression of some of the English colonists.

As trading with the tribes break down and winter sets in, food becomes scarce and the colonists struggle to survive. And Kit's past comes back to haunt him when an enemy suddenly reveals himself . . .