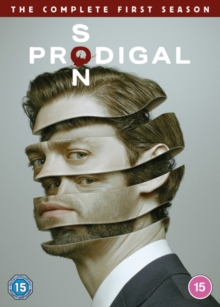 All 20 episodes from the first season of the US crime drama starring Tom Payne as criminal psychologist Malcolm Bright.

After being fired from the FBI, Bright, whose father, Dr Martin Whitly (Michael Sheen), was the notorious serial killer known as The Surgeon, begins working for the NYPD.

When he identifies a copycat killer using his father's methods, Malcolm seeks out the advice of his imprisoned father to help catch the killer.