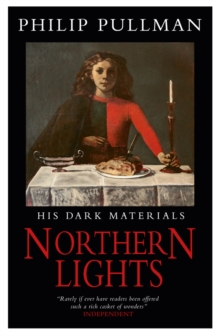 The first volume in Philip Pullman's groundbreaking His Dark Materials trilogy, re-published in hardback with a stunning fine art cover. "Without this child, we shall all die." Lyra Belacqua and her animal daemon live half-wild and carefree among scholars of Jordan College, Oxford. The destiny that awaits her will take her to the frozen lands of the Arctic, where witch-clans reign and ice-bears fight. Her extraordinary journey will have immeasurable consequences far beyond her own world... This classic art edition featuring Jeune Fille en Vert et Rouge, painted by Balthus in 1944, is destined to become a collectors' item. he perfect companion to the Classic Art Edition of The Subtle Knife The smash-hit, critically adored first season of BBC/HBO television series was based on the story of Northern Lights.