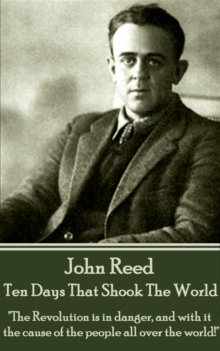 Ten days that shook the world

Ten Days That Shook the World was published in 1919.

It is the seminal work regarding the Bolshevik Revolution in Russia and the huge changes it brought not only there but in the wider world, sparking a movement that would pivot it against the West for decades to come.

John Reed was a socialist but as journalist was also committed to finding and reporting the truth.

There is no doubt he was influenced and coloured by his own personal philosophy.

He is buried at the Kremlin Wall Necropolis in Moscow, a site normally reserved only for the most prominent Soviet leaders.