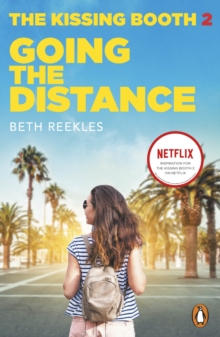 Part of the The Kissing Booth series

**The inspiration for The Kissing Booth 2 on Netflix - out now!**Elle Evans seems to have finally tamed hotter-than-hot bad boy Noah Flynn, but now they're facing a new challenge.

Noah's 3,000 miles away at Harvard, which means they're officially a long-distance couple - and it's tough.

After all, there's only so much texts and calls can satisfy - and when Elle sees a post which suggests Noah's getting friendly with another girl, she's devastated.

On top of that, it's hard to ignore the new boy at school.

With her heart on the line, what's a girl to do? Join Elle, Noah, Lee and all your favourite Kissing Booth characters for another amazing romantic story that's sure to have you swooning.