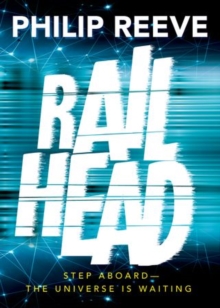 Shortlisted for the CILIP Carnegie Medal 2017!"Come with me, Zen Starling", she had said.

The girl in the red coat. But how did she know his name? The Great Network is a place of drones and androids, maintenance spiders and Station Angels.

The place of the thousand gates, where sentient trains criss-cross the galaxy in a heartbeat.

Zen Starling is a petty thief, a street urchin from Thunder City.

So when mysterious stranger Raven sends Zen and his new friend Nova on a mission to infiltrate the Emperor's train, he jumps at the chance to traverse the Great Network, to cross the galaxy in a heartbeat, to meet interesting people - and tosteal their stuff.

But the Great Network is a dangerous place, and Zen has no idea where his journey will take him... The long-awaited new blockbuster from Carnegie-medal-winning author Philip Reeve.