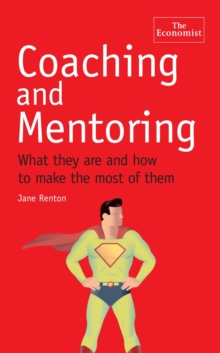 Coaching and mentoring : what they are and how to make the most of them

Coaching has long become mainstream. Thousands of people paid GBP2,000 each to attend a three-day seminar in 2008 in London's Excel centre to listen to Tony Robbins - the man credited with 'turning around' Bill Clinton in the wake of the Monica Lewinsky affair - and discover how to 'unleash the power within'.

But the big business has been in executive coaching.

A top coach in America can earn over $15,000 a day - well beyond the normal fees charged by most consultants and occupational psychologists - and, according to Harvard Business Review, US companies are spending more than $1 billion a year on this 'must-have' activity.

A similar trend is being witnessed in Britain, where it's estimated that 100,000 managers a year now undergo coaching.

This guide explains what coaching, and its cheaper and simpler alternative, mentoring are, outlining the different types of coaching and their cost.

Crucially, it assesses the effectiveness of coaching and mentoring, and it gives advice based on the lessons learned by those interviewed for the book on making coaching work successfully and avoiding mistakes that lead to disappointment or even harm.