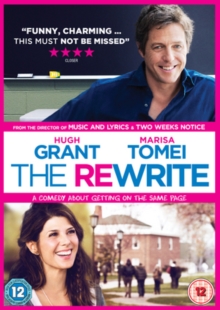 Keith Michaels (Grant) is an Academy Award-winning screenwriter who has past his prime.

Since reaching the pinnacle of his career in 1998, his life has taken a downward spiral.

Divorced and without work, Keith leaves Hollywood and begins a teaching job at Binghamton University in New York.

Initially, he fails to take his position seriously, only allowing attractive females and unattractive males to attend his class, and trying to impress them by claiming to be involved in a project with famous stars.

However, when a student, single mother Holly Carpenter (Tomei), catches his eye, Keith finds romance and begins to realise there is great value in teaching.