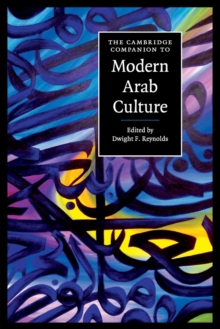 By: Reynolds, Dwight F. (University of California, Santa Barbara)(Edited by)

Part of the Cambridge Companions to Culture series

Dwight F. Reynolds brings together a collection of essays by leading international scholars to provide a comprehensive and accessible survey of modern Arab culture, from the early nineteenth to the twenty-first century.

The chapters survey key issues necessary to any understanding of the modern Arab World: the role of the various forms of the Arabic language in modern culture and identity; the remarkable intellectual transformation undergone during the 'Nahda' or 'Arab Renaissance' of the late nineteenth and early twentieth century, the significant role played by ethnic and religious minorities, and the role of law and constitutions.