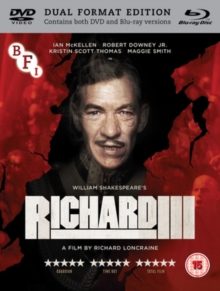 Ian McKellen stars in the title role of this adaptation of Shakespeare's play, based in an alternative, fascist England.

After a bloody civil war in 1930s England, between the House of Lancaster and the House of York, Richard, Duke of Gloucester, lays his claim to the English throne amid the turmoil.

The deformed monarch-apparent uses all of his sinister guile to plot and murder his way to power, each bloody action taking its toll on his family and friends until he has to stand and fight one last battle.