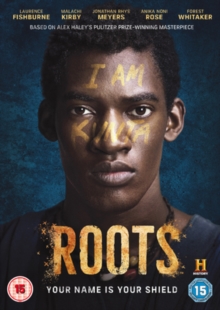 Four-part US drama miniseries that charts the life of Kunta Kinte (Malachi Kirby), a Mandinka warrior from The Gambia who is kidnapped and sold into slavery.

Taken from his West African home in the 1770s, Kunta is purchased by John Waller (James Purefoy) and sent to the United States where he is put to work on a Virginian tobacco plantation.

Despite befriending fellow slave Fiddler (Forest Whitaker), Kunta struggles to come to terms with being a slave and dreams of escaping.

However, after an attempted escape goes wrong, Kunta is finally forced to accept that he won't be able to return home to Africa.

Despite growing up to be a strongminded young woman, Kizzy is soon forced to face a number of hardships as she is sold on to cruel slaveholder Tom Lea (Jonathan Rhys Meyers) in North Carolina.