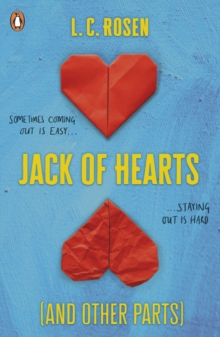 Jack of hearts (and other parts)

His sex life makes him the hot topic for the high school gossip machine.

But who cares? Like Jack always says: 'It could be worse.' He doesn't actually expect that to come true.

But after Jack starts writing an online sex advice column, mysterious love letters from an 'admirer' take a turn for the creepy.

They know everything: where he's hanging out, who he's sleeping with, who his mum is dating.

They claim they love Jack, but not his lifestyle. They need him to curb his sexuality, or they'll force him.

As his stalker starts to ratchet up the pressure, Jack must uncover their identity - before their obsession becomes genuinely dangerous.