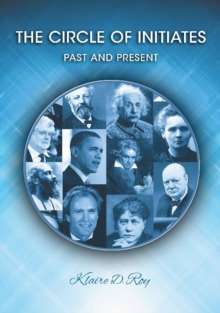 The circle of initiates : past and presentVolume I

Provocative and visionary, this unprecedented volume divulges the initiation levels of 109 influential personalities of past and present.

It candidly unveils what drives and motivates, through the in-depth study of the rays of energy and the initiation levels that characterise them.

What is the nature of the energy that compels Madonna, George Lucas and Barack Obama?

What is the source that fueled the genius of Albert Einstein, Leonardo da Vinci and Nikola Tesla, or the magnetism of Hazrat Inayat Khan, Elvis Presley and Frank Sinatra?

Let yourself be surprised and guided through the layers of discovery hidden behind the faces of these Initiates, whose presence has influenced and is continuing to influence the whole of humanity.