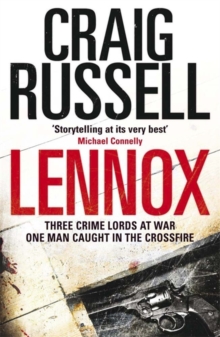 Part of the Lennox series

Glasgow, 1953: the war may be over but the battle for the streets is just beginning.

Three crime bosses control the murky streets, but a small-scale con is trying to invade their territory.

The balance is shifting. Lennox, a hard man in a hard city at a hard time, finds himself caught in the middle - a dangerous place to be.

One night, a body is discovered on the road, his head mashed to pulp, and Lennox is in the frame for murder.

The only way of proving his innocence is to solve the crime - but he'll have to dodge men more deadly than Glasgow's crime bosses before he gets any answers.

The first in a unique and memorable crime series, Lennox is gritty, fast-paced, mordantly funny and totally compelling.