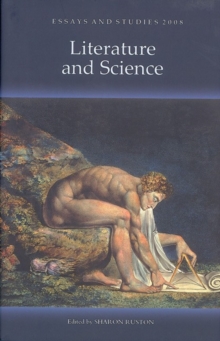 Part of the Essays and Studies series

In 1959 C. P. Snow memorably described the `gulf of mutual incomprehension' which existed between `literary intellectuals' and scientists, referring to them as `two cultures'.

This volume looks at the extent to which this has changed.

Ranging from the middle ages to twentieth-century science fiction and literary theory, and using different texts, genres, and methodologies, the essays collected here demonstrate the complexity of literature, science, and the interfaces between them.

Sayers; The Cloud of Unknowing; George Eliot and Mary Wollstonecraft. Dr SHARON RUSTON is Senior Lecturer in English at the University of Keele.