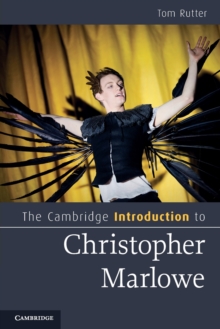 The Cambridge introduction to Christopher Marlowe

Providing a comprehensive survey of Christopher Marlowe's literary career, this Introduction presents an approachable account of the life, works and influence of the groundbreaking Elizabethan dramatist and poet.

It includes in-depth discussions of all of Marlowe's plays, stressing what was new and revolutionary about them as well as how they made use of existing dramatic models.

Marlowe's poems and translations, sometimes marginalised in discussions of his work, are analysed to emphasise their literary importance and political resonances.

The book presents a balanced discussion of Marlowe's turbulent life and considers his afterlives: the influence of his work on other writers and examples of how his plays have been performed.

In addition to introducing the reader to the historical and religious contexts within which Marlowe wrote, the Introduction stresses the qualities that continue to make his work fascinating: intellectual range, radical irony and an awareness of the dangerously compelling power of theatre.