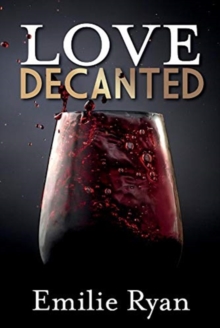 Following a miscarriage at the hands of her abusive fianc, Julie disregards the advice of her family and friends by inviting her new boyfriend, Peter, on a wine tasting trip to the vineyards of Southern France.

Though she reminds herself to take things slowly and allow her relationship with Peter to unfold, she sees her future with him.

As she learns more about love and wine, she realizes Peter's sense of duty to his sons and his uncertainty about having more children don't align with her dreams.

What will she do when she finds out she's pregnant?Peter, a separated father with two young sons, knows little about wine but agrees to join his new girlfriend, Julie, on a wine tasting adventure to Southern France.

As he discovers a new and intriguing world, his bond with Julie deepens.

All the while, his estranged wife, Nicole, intrudes through a series of ill-timed requests for him to return home for the sake of their sons.

She even shows up in Paris with a shocking revelation.

Does Peter's decision to return home with Nicole spell the end of his relationship with Julie?