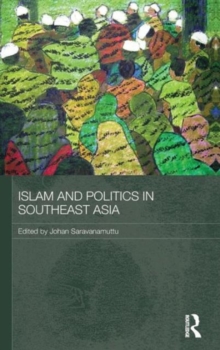 Islam and politics in Southeast Asia

By: Saravanamuttu, Johan (Institute of Southeast Asian Studies, Singapore)(Edited by)

Southeast Asia manifests some of the most interesting, non-violent as well as conflictual elements of Islamic social and political life in the world.

This book examines the ways in which Muslim politics in Southeast Asia has greatly impacted democratic practice and contributed to its practical and discursive development.

It addresses the majority and minority situations of Muslims within both democratic and authoritarian politics.

It shows, for example, how in Muslim majority Indonesia and Malaysia, political Islam directly engages with procedural democracy; in Muslim minority Thailand and the Philippines, it has taken a violent route; and in Muslim minority Singapore, it has been successfully managed through civil and electoral politics.

By exploring such nuances, variations, comparisons and linkages among Muslim majority and minority countries, this book deepens our understanding of the phenomenon of Muslim politics in the region as a whole.