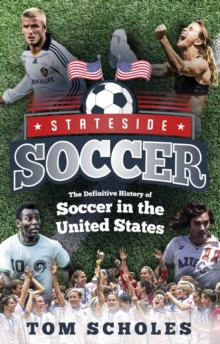 Stateside soccer : a definitive history of soccer in the United States of America

Few fans are aware of the long, vibrant history of soccer in the USA, which dates back as far as the American Civil War.

Many wrongly believe that the introduction of the North American Soccer League in the 60s brought about American soccer's debut, while in fact its first golden age came during the Roaring 20s and the first FIFA World Cup in 1930.

The NASL did have a huge impact on the popularity of the game, but the instability of the league and its reliance on ageing superstars meant its heyday was over by the mid-80s.

This left the door wide open for a third golden age, starting with the introduction of the incredibly successful USWNT, World Cup 1994 and MLS.

Having grown for more than 25 years, played and supported by both sexes, soccer is now seen as a viable sport in a country dominated by baseball, basketball and American football.

Stateside Soccer shines new light on the rich history of a sport still too often mistaken as a relatively recent import to the United States.