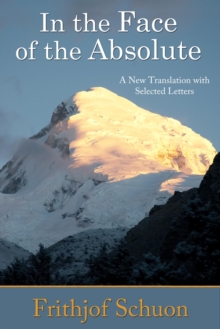 In the Face of the Absolute: A New Translation with Selected Letters

Part of the The Writings of Frithjof Schuon series

World Wisdom
1936597489 / 9781936597482
Ebook
200
30/01/2015
Available
203 pages
Religion scholar Huston Smith called Frithjof Schuon "the most important religious thinker of [the 20th] century." In this revised edition of his classic work, perennialist author Frithjof Schuon addresses diverse aspects of the religious phenomenon with his characteristic authority. In the book’s first section, Schuon provides striking insights into age-old religious and philosophical controversies such as the problem of evil, predestination and free will, and the meaning of eternity in the realms of heaven and hell. In the second section, Schuon masterfully harmonizes the divergent theological claims of the three main branches of Christianity—Orthodoxy, Catholicism, and Protestantism—in the light of universal metaphysical truth. The final section contains several chapters relating to Islamic esoterism and concludes with a remarkable chapter on the spiritual substance of the Prophet of Islam.
This fully revised edition contains 60 pages of completely new material, including a new translation from the original French that corrects errors and omissions in the previous edition, as well as a new Appendix of previously unpublished letters and other writings. Also featured are a new Editor’s Preface and extensive Editor’s Notes by Harry Oldmeadow, which have been included to help explain and annotate various key terms, references, and historical figures mentioned in the text. A helpful Glossary of foreign terms and an Index have also been added.