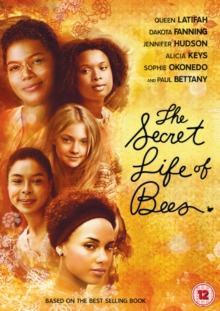 The Secret Life of Bees

Drama set in 1964 South Carolina, based on the novel by Sue Monk Kidd.

Dakota Fanning stars as Lily Owens, the fourteen-year-old daughter of a fruit farm owner who is violent and abusive towards her.

Her mother died in a horrific accident when Lily was a toddler, and she is cared for by her black nanny, Rosaleen (Jennifer Hudson).

When Rosaleen ends up in jail after getting in trouble with a group of racist men in their local town, Lily frees her and the pair run away together, ending up at a honey farm owned by the Boatwright sisters, August (Queen Latifah), June (Alicia Keys) and May (Sophie Okonedo).

Lily is taken on by the sisters as a beekeeping apprentice, and eventually discovers that her new 'family' has deep and unexpected connections with her late mother.