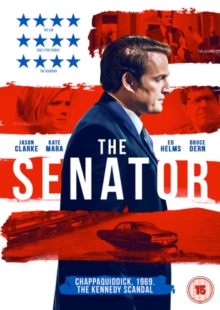 John Curran directs this drama based on a fateful event in the life of US Senator Ted Kennedy.

On the eve of the moon landing, 18th July 1969, Ted Kennedy (Jason Clarke) attends a party on Chappaquiddick Island where family and friends have gathered to celebrate the successful mission to the moon.

As Ted leaves the party, giving a lift to campaign worker Mary Jo Kopechne (Kate Mara), his car flips off a bridge and lands in the water.

Ted manages to escape the sinking car but Mary Jo gets trapped inside.

Panicking in the traumatic situation, Ted walks away from the scene and fails to report the accident for several hours, condemning Mary Jo to death.

As he struggles with the aftermath of the event, Ted must decide between doing the right thing by coming clean or protecting his family's name.