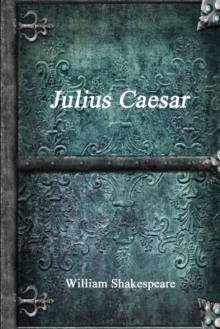 A powerful general and proconsul in the Roman republic is given absolute authority and given the Roman equivalent of kingship.

Certain senators take offense at such arrogance of Caesar and set a plan in motion to assassinate him on the Ides of March.

When the plan is executed, the people and Caesar's closest friend Marc Antony turn against the conspirators and wage a civil war against them.