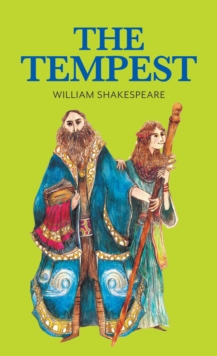 A violent storm shipwrecks the King of Naples and his noblemen on what appears to be an uninhabited island.

What the king doesn't know is that they have been brought here by powerful magic.

Prospero, the mysterious ruler of the island, has a plan, but will he use his magic for good or bad against the castaways?

His daughter, Miranda, has never seen another man except her father.

What will she think of the stranger who stumbles into her life?

Will he succeed? Enchantment and treachery are everywhere on the island - which will prove the stronger?