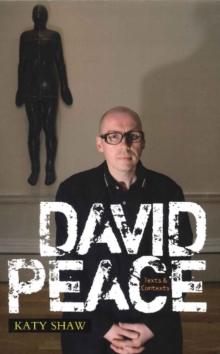 David Peace is an emerging author who is widely read and taught, and whose novels are increasingly translated into commercial film (The Damned United, March 2009) and television (Channel 4 adaptation of the Red Riding Quartet, March 2009).

Dr Katy Shaw's book provides a challenging but accessible critical introduction to his work through a detailed analysis of his writing, as well as the socio-cultural contexts of its production and dissemination.

The author explores Peace's attempts to capture the sensibilities of late twentieth century society and contributes to an ongoing debate in the media about Peace's representations.

Influenced by critical theory, the text will be the first secondary resource concerning this rising star of contemporary British literature.

While UK readers will seek insight into the socio-cultural contexts of England's regions (and in particular his writing on the Yorkshire Ripper and the 1985 -- 5 miners' strike), Peace also has a following in the US where both The Damned United and Red Riding are set to receive a national cinema release in 2009/10.

This broad international appeal and readership will be explored and discussed, especially in the context of crime fiction and social engagement.

This text is the first critical resource concerning this author and will cover the full body of Peace's writings to date, the debates this work has generated, and the often contentious representations offered by his novels.