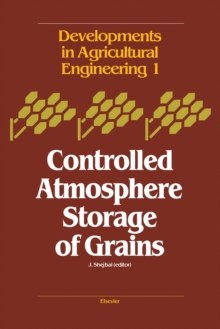 Part of the Developments in Agricultural Engineering series