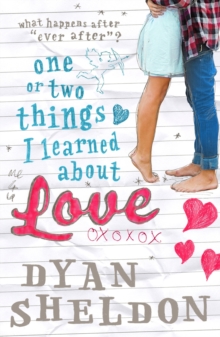 One or two things I learned about love

One or two things I learned about love

A wise, sometimes hilarious, always witty new novel from Dyan Sheldon, in which our heroine learns that "love" is not always what it seems... Hildy D'Angelo is seventeen and this is the summer she falls in love for the first time.

She isn't what you'd call experienced when it comes to boys, but Connor is good looking, smart, charming and sweet (with a melt-that-ice-cap smile).

Hildy is a sarcastic and funny, down-to-earth girl with lots of friends, and yet she proves to be a little bit of a fool for love.

When Connor uses the L word, Hildy, already half in love with the idea of falling in love, releases her hold on the Earth. And because it's all very new to her, she thinks that Connor's irrational bursts of jealousy are signs of affection.

Teething pains. No big deal. She ties herself in knots trying to appease him and not let on to her suspicious friends (or herself) that there is anything wrong.

Until, finally, poor tortured Connor goes a step too far - and Hildy sees the truth at last...