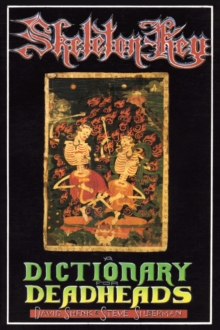 NOW AN EBOOK FOR THE FIRST TIMEForfifty years and more than two thousand shows, the Grateful Dead have been earning the "deadication" of more than a million fans.

Along the way, Deadheads have built an original and authentic American subculture, with vivid jargon and rich love, and its own legends, myths, and spirituality.Skeleton Key: A Dictionary for Deadheads is the first map of what Jerry Garcia calls "the Grateful Dead outback," as seen through the eyes of the faithful, friends, and family, including Bill Walton, Elvis Costello, Tipper Gore, Al Franken, Bob Bralove, Dick Latvala, Blair Jackson, David Gans, Bruce Hornsby, Rob Wasserman, and Robert Hunter.

Skeleton Key puts you on the Merry Pranksters' bus behind the real Cowboy Neal, uncovers the origins of Cherry Garcia, follows the dancing bear on its trip from psychedelic artifact to trademarked icon, and unlocks the Dead's own tape vault.Informative reading for the new fan or the most grizzled "tourhead," Skeleton Key shines throughout with Deadheads' own stories, wit, insiders' knowledge, sincere appreciation of the music of the "band beyond description," and the diverse and soulful culture it inspires.