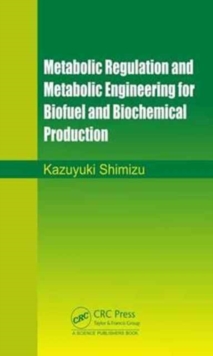 The global warming problem is becoming critical year by year, causing climate disaster all over the world, where it has been believed that the CO2 gas emitted from the factories and the burning of fossil fuels may be one of the reasons of global warming.

Moreover, the global stock of fossil fuels is limited, and may run out soon within several tens of years.

Although wind, geo-thermal, and tide energies have been considered as clean energy sources, those depend on the land or sea locations and subject to the climate change.

Biofuel and biochemical production from renewable bio-resources has thus been paid recent attention from environmental protection and energy production points of view, where the current chemical and energy producing plants can be also utilized with slight modification.

The so-called 1st generation biofuels have been produced from corn starch and sugarcane in particular in USA and Brazil.

However, this causes the problem of the so-called "food and energy issues" as the production scale increases.

The 2nd generation biofuel production from lingo-cellulosic biomass or wastes has thus been paid recent attention.

However, it requires energy intensive pretreatment for the degradation of lingo-cellulosic biomass, and the fermentation is slow due to low growth rate, and thus the productivity of biofuels and bio-chemicals is low.

The 3rd generation biofuel production from photosynthetic organisms such as cyanobacteria and algae has been also paid attention, because such organisms can grow with only sun light and CO2 in the air, but the cell growth rate and thus the productivity of the fuels is significantly low.

The main part or core of such production processes is the fermentation by micro-organisms.

In particular, it is critical to properly understand the cell metabolism followed by the efficient metabolic engineering.

The book gives comprehensive explanation of the cell metabolism and the metabolic regulation mechanisms of a variety of micro-organisms.

Then the efficient metabolic engineering approaches are explained to properly design the microbial cell factories for the efficient cell growth and biofuel and biochemical production.