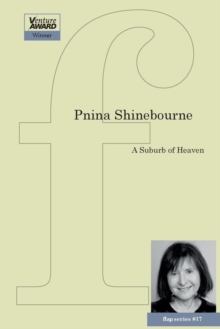 A Suburb of Heaven

A Suburb of Heaven is a collection built from observation and speculation.

Based on artist Stanley Spencer's work in the first section and the part-imagined life of Anna O, patient zero of psychoanalysis, in the second, it is a feast for the senses.

Spencer's predilection for using Biblical scenes in a rural context carries a narrative impetus that Pnina Shinebourne builds on to create revelatory poetic highs, "half-way between drunkenness and reverie".

These moments of altered reality perhaps lead inevitably to the sequence on Anna O, which starts with the curiously apt line, "Transference, said Freud".

The imagery here is soft against what was sold as hard science; a struggling patient's emotions set against the speculating notes of ambitious men.