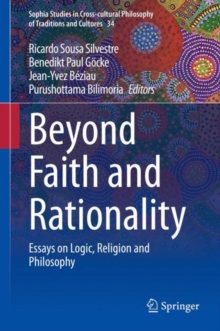 Beyond Faith and Rationality : Essays on Logic, Religion and Philosophy

This volume deals with the relation between faith and reason, and brings the latest developments of modern logic into the scene.

Faith and rationality are two perennial key concepts in the history of ideas.

Philosophers and theologians have struggled to bring into harmony these otherwise conflicting concepts.

Despite the diversity of approaches about what rationality effectively means, logic remains the cannon of objective and rational thought.

The chapters in this volume analyze several issues pertaining to the philosophy of religion and philosophical theology from the perspective of their relation to logic and the benefit they can derive from the use of modern logic tools.

This text appeals to students and researchers in the field.