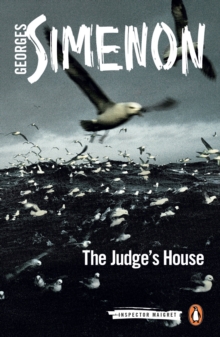 By: Simenon, Georges,  Curtis, Howard(Translated by)

Part of the Inspector Maigret series

'Compelling, remorseless, brilliant' John Gray He went out, lit his pipe and walked slowly to the harbour.

He could hear scurrying footsteps behind him. The sea was becoming swollen. The beams of the lighthouses joined in the sky. The moon had just risen and the judge's house emerged from the darkness, all white, a crude, livid, unreal white.

Exiled from the Police Judiciare in Paris, Maigret bides his time in a remote coastal town of France.

There, among the lighthouses, mussel farms and the eerie wail of foghorns, he discovers that a community's loyalties hide unpleasant truths. Penguin is publishing the entire series of Maigret novels in new translations.

This novel has been published in a previous translation as Maigret in Exile. 'One of the greatest writers of the twentieth century . . . Simenon was unequalled at making us look inside, though the ability was masked by his brilliance at absorbing us obsessively in his stories' Guardian 'A supreme writer . . . unforgettable vividness' Independent