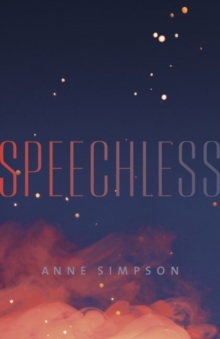 She is sentenced to death by stoning - a sentence to be carried out after her daughter is weaned.

Sophie MacNeil is an ambitious, though inexperienced, Canadian journalist living in Nigeria.

Speechless is the story of how their lives become intertwined in a fast-paced tale of justice, witness, and courage. Sophie MacNeil is working in Lagos as a contract reporter for the Daily Leader.

Desperate to do serious work, she convinces the editor of the newspaper to let her cover A'isha's story.

After meeting with A'isha, she writes an impassioned article about the way women suffer under shariah law.

Her story is regarded as inflammatory, written by an outsider.

The Kaduna office of the Daily Leader is firebombed and rioting quickly slips into sectarian violence.

Turned back at the border as she tries to flee, Sophie comes to terms with the naivete with which she approached the story.

Still, A'isha had spoken to her. And she had a duty to listen. Speechless offers a thoughtful and complex view of how stories are told.

Who should tell a story? What happens when one speaks on behalf of another? At once compelling and lyrical, this novel presents a nuanced cast of characters trying to navigate the power of their words, their responsibility for them, and how they affect others in matters of life and death.