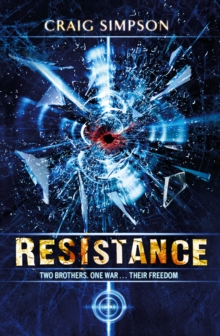 It is Norway in September 1943. For brothers Marek and Olaf, a hunting trip out on the frozen Hardanger plateau offers a brief chance to escape the German occupation.

But returning home they witness the horror of their father's arrest by the Gestapo and the start of a brutal regime under the evil Lieutenant Wold.

When their daring plan for revenge goes horribly wrong, they are forced to seek refuge in the vast and unforgiving Norwegian wilderness.

Saved from an icy grave by Resistance freedom-fighters, fourteen-year-old Marek is captivated by their courage and determination.

He may not be a crack shot like his brother, but he is quick-thinking, resourceful and a talented mechanic.

With youth on his side, the Germans probably won't suspect him - perfect for a part in the ambitious sabotage attack planned by the group.

But can he keep his nerve, especially when the final assault throws his friends and family into the path of the enemy?