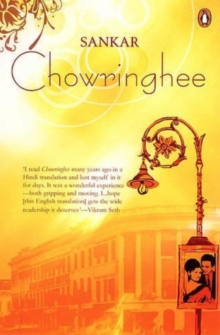 'Here, day and night were interchangeable. The immaculately dressed Chowringhee, radiant in her youth, had just stepped on to the floor at the nightclub.' Set in 1950s Calcutta, "Chowringhee" is a sprawling saga of the intimate lives of managers, employees and guests at one of Calcutta's largest hotels, the Shahjahan.

Written by best-selling Bengali author Sankar, "Chowringhee" was published as a novel in 1962.

Predating Arthur Hailey's Hotel by three years, it became an instant hit, spawning translations in major Indian languages, a film and a play.

With its thinly veiled accounts of the private lives of real-life celebrities, and its sympathetic narrative seamlessly weaving the past and the present, it immediately established itself as a popular classic.

Available for the first time in English, "Chowringhee" is as much a dirge as it is a homage to a city and its people.