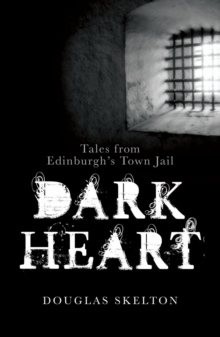 The Old Tolbooth Jail - Edinburgh's Bastille - was for five centuries the capital's heart of darkness.

The tall, turreted building blocked the High Street like a stone sentinel at the gates of Hell.

In its early days, it played host to the Scottish Parliament and the Court of Session, but eventually it became the main jail of the Old Town. And it was a hellhole, the very epitome of what Scots Law called squalor carceris, a foul, dingy, plague-infested purgatory that was, nevertheless, an integral part of the history of the Old Town and the nation.

Not for nothing did Sir Walter Scott dub it the Heart of Midlothian. It was home to rich and poor, noble and ignoble, master and servant.

Thieves, debtors, murderers and rebels all rotted in its filthy cells - many spending their final hours there before surrendering to the tender mercies of an executioner to be hanged, beheaded or burned. Now, for the first time, the complete story of the Old Tolbooth is told, from its proud beginnings to its final downfall at the hands of municipal vandals.

Featuring tales of some of the jail's unwilling residents, including the noblemen who had their heads spiked on its tower, the black magician who threatened a monarch and one who scandalised the town with tales of sexual depravity, Dark Heart is the definitive account of one of the most interesting buildings in Edinburgh's history.