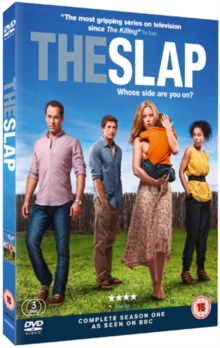 The first series of the TV drama based on the best-selling novel by Australian author Christos Tsiolkas.

When a man slaps a child that isn't his own at a backyard barbecue, a plethora of racial, gender and interpersonal conflicts are unleashed.

Each of the episodes follows a different character who has been affected by the slap, from the man who hit the poorly behaved child and is now the subject of a police investigation, Harry (Alex Dimitriades), to a couple of teenagers, Richie (Blake Davis) and Connie (Sophie Lowe), who witnessed the event and find that it has impacted on their lives in unexpected ways.