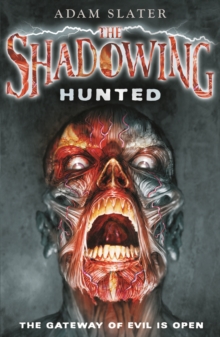 Part of the The shadowing series

The Shadowing is a spine-tingling new horror series for fans of Darren Shan.

The girl lies by the canal, her face turned upwards like a stargazer.

But she will never see the stars again. Her eyes have been torn out. The rain fills the empty sockets until they brim over, spilling bloody tears down her cold, white cheeks.

Once every century, the boundary between the demon Netherworld and the human world weakens.

Legions of creatures gather, preparing to cross over, to bring death and destruction.

This time is called The Shadowing. Callum has always known that there is something beyond the mortal world - he can see ghosts.

Lately, he's started to have horrific visions of children murdered by some terrible, unseen creature. And then the visions start to come true - and Callum realises he is being hunted too.

But Callum must stay alive. He is bound by a dark destiny, and must stand against the demon forces that threaten our world forever.

For it is nearly time. The Shadowing is coming ...Hunted is the first book in Adam Slater's chilling new horror series for children and young adults.

Fans of Darren Shan's Demonata series will love The Shadowing. Dive in to the best new horror series for kids if you dare! 'Kept me up all night. Excellent!' Michael Grant, author of the international best-seller, Gone.