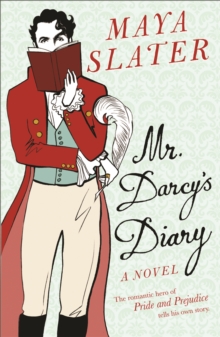 Weidenfeld & Nicolson
0753822660 / 9780753822661
Paperback
823.92
17/10/2007
1 in stock Need More ?
United Kingdom
General
20 cm 248 p.
general  Learn More
Pride and Prejudice has been read and loved by millions of readers, and with the Penguin relaunch and repackaging of Jane Austen's novels, there should be a new surge of interest in it. There have been a number of Pride and Prejudice sequels and rip-offs, and they have worked to a greater or lesser degree, but this novel is in a different class. Convincingly written, and more than just a retelling of Austen's story, it's also a portrait of 18th Century England and the adventures of a romantic hero, and it feels like the missing piece of a Pride and Prejudice jigsaw. We are publishing straight

The novel traces the events of Jane Austen's well-loved Pride and Prejudice through the eyes of Mr Darcy.

It reveals his reactions to Elizabeth, his gradual falling in love and the process by which he painfully gains self-knowledge, and it brings to life all the off-stage events that are only referred to in Austen's novel.

We learn of Darcy's life in London, of his dangerous friendship with Byron, of the responsibilities that come with running Pemberley, and the terrible guilt he feels at not protecting his sister well enough from the dastardly Wickham.

We also see Miss Bingley's increasingly desperate attempts to woo Darcy, and his own part in bringing about the separation between Elizabeth's sister and his own best friend.

But above all, we come to know Fitzwilliam Darcy as a fully-rounded character, with all his flaws and all his attractions, and we learn that the story told from his point of view is as enchanting, gripping and unforgettable as Jane Austen's original.